Five Attractions Argentinos included in the Tentative List of UNESCO 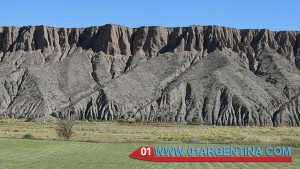 gnoring the geographic boundaries of Salta, Tucum??n and Catamarca, the Calchaqu?? Valley is an exquisite geographical area of more than 500 kilometers long characterized by towering mountain ranges on both sides of its journey, a fruitful wine region with unique strains and historical richness and enormous cultural heritage value.
Towns like Cafayate, Cachi, the Ruins of Quilmes, Amaicha Valley, Santa Maria, Tafi del Valle and Mills stand out in a must-circuit that can be traveled between 3 and 10 days.

the Proposed National Park in 2005 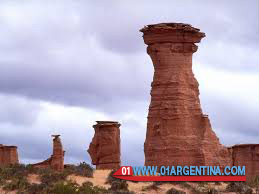 This National Park is located in the northwest of the province of San Luis, in the Belgrano and Ayacucho departments. It covers an area of ??????approximately 150,000 hectares.
The Sierra National Park belongs to the Jaws ecoregions mountain plains and plateaus, dry chaco.
The Dry Chaco ecoregion is composed of a flagpole v plain with gentle slope to the east. The climate is warm subtropical with temperatures absolute pair continent. Rainfall is summer and vary between 500 and 700 mm. Five districts are recognized depending on climatic and geomorphological variations: Chaco spill and river; Semiarid Chaco; Arid Chaco; Sub-humid Chaco and Chaco Serrano. Dominate xeric and according to the district savannah grasslands and forests.

-proposed in 2007 is a family house designed by the famous Swiss architect Le Corbusier built in the city of La Plata, capital of the Province of Buenos Aires in Argentina between 1949 and 1953. 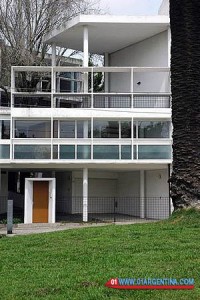 After several failures trying to build a work in South America, Le Corbusier maintained a strong relationship with Latin American professionals, and maintained a regular correspondence with the Argentine Amancio Williams (who was initially commissioned the construction of the house Curutchet).
In 1948, the surgeon and inventor of surgical instruments Pedro Domingo Curutchet, decided to settle in La Plata, and instructed the blueprints for a house to Le Corbusier, who sought to narrow the urban plan that was designed to Buenos Aires.1 declared a provincial tourist attractions and National Historic Landmark in 1987, the house is now headquarters of the Colegio de Arquitectos de la Plata, which leases it to the heirs of Curutchet. The December 17, 2010, Buenos Aires Senate passed a law declaring the property “public utility and subject to expropriation” to “preserve, enhance and promote the cultural, historical, architectural and urban heritage” .1
It is one of the few projects of Le Corbusier in Latin America and the Ministry of Culture and French Communication sponsored by Argentina, Belgium, Germany, Japan and Switzerland, she was nominated for integrating Natural World Heritage List of Cultural Heritage and exceptional the UNESCO. 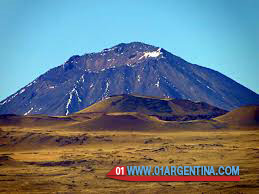 The Payunia consists of volcanic fields and Pay??n Llancanelo Matr??, originated
by magmatic activity from the Tertiary until historical times. Located in the southeast of the
Province of Mendoza, was included in 2010 on the Tentative List of UNESCO
site nominated for World Heritage for its outstanding universal value. this
value is based on their fields emerge in many igneous rocks of different
ages and numerous volcanic reliefs that structure varied landscapes. In turn, poor
human occupation by the dry climate and the youth of different types of
eruptions, allow the natural characteristics remain unchanged. 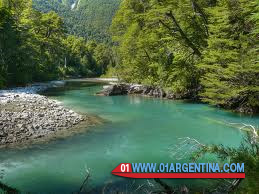 os alerces, The national park is a protected area located in the province of Chubut, Argentina. Embrace the lake Futalaufquen the Myrtles rivers, lakes Green and Menendez. For its dramatic scenery is considered one of the most beautiful National Parks of Argentina.
It was created in 1937 and covers an area of 259 570 ha. The foundation of his creation is the protection of lahu??n or larch, one of the largest trees on the planet longevity, which became endangered. It is part of the Biosphere Reserve Andino Norpatag??nica from 2007. The surface of The Larches National Park is divided into two management areas: national park with 193,144 ha, and managed resource protected area 69 856 ha. Decree No. 2149/90 of 10 October 1990 appointed a sector of the first area as a nature reserve estricta.2
The environments of the protected area can fit into the eco-regions of the Patagonian Andes forests and high, ie a cold temperate climate with high seasonality. Winters are rainy and snowy, dry summers and cool nights. The area is a complex lake system of many rivers, streams and lakes.