In the City of Buenos Aires, Argentina, is known as Chinatown to a neighborhood of Belgrano shaft into three blocks from the street Arribe??os on the railroad tracks Mitre and Belgrano station C. Despite its name, live there different Asian communities, dominated by the Taiwanese, in addition to mainland Chinese, Korean, Japanese (which are Nikkei Argentina and Peru), Thai, etc.
The so-called “Chinatown” is within the neighborhood of Belgrano, in a strip that some considered part of the sub-district of Belgrano C and others consider it part of the Bajo Belgrano. For its small size it can not be said to have limits, but rather an “epicenter” located at the intersection of Mendoza and Arribe??os streets, from which, the eastern commercial activity is intensively develops within 100 meters. The “official” entrance to Chinatown is located in Arribe??os and Oath, and flowing into the platforms of the estaci??nBelgrano “C” in addition to Oath was always a busy shopping street. Since 2009 there rises an allegorical arch, to emphasize its character of access to the neighborhood.

The area currently occupied Chinatown, was originally a middle-class residential area. At that time, the only truly commercial street was Oath, although towards the end of the twentieth century, Arribe??os and Mendoza streets began to develop as a result of Taiwanese immigration that settled in the area.
Currently, its influence is concentrated within four blocks, although the business is there so intense that those few sidewalks concentrate as many Asian restaurants and supermarkets in the city, plus a couple of temples, business trinkets and other shops for community.1 Although popularly known as the “Chinese” section, there is a significant number of people belonging to other Eastern communities, to the point that some are beginning to call for the eastern district premises of other Asian countries that are summoning him. An example is the Japanese restaurant Dashi, which a local Lotus Neo Tai, Thai cooking joined. In 2175 the Buddhist temple Mountaineers Chong is Kuan.2
This area was gaining popularity, especially for its traditional celebration of Chinese New Year, year after year was congregating to a wider audience. However, not all residents were satisfied with the character that was taking the neighborhood, as those traditionally residential and quiet streets suddenly had become a commercial center in the open, with the inconvenience of traffic and noise caused such situation. Meanwhile, Asian traders were the subject of numerous complaints from the neighbors, especially by irregular conditions of various local and state of the merchandise sold.
In 2006 the Ministry of Urban Planning of the Government of the City of Buenos Aires dismissed an application by Oriental merchants to this sector was effectively considered Chinatown. The official denial stated that the documentation did not correspond to the true population structure of the neighborhood that was composed overwhelmingly by people who had nothing to do with the Asian world. According to the Ministry of Planning, it was an oriental commercial sector developed only in two blocks, similar to other shopping areas city.
Beyond this controversy, during his first term, Mauricio Macri, tried to consolidate the area building an arch access (Oath and Arribe??os) and leveling the Arribe??os streets between Oath and Olazabal and Mendoza, between Highlanders and ways of Line Mitre. The idea of the Buenos Aires government was to limit vehicular traffic, to create a ride that sector of Asian shops. However, the initiative was stopped by two neighboring, Liliana Baehgen Grosso and Isabel, who filed an amparo arguing that the Government had not conducted an environmental impact.
That project eventually only the construction of the entrance arch (intersection of Arribe??os and Oath), installed in 2009, measuring eleven meters high and eight wide, with marble in sight, cement columns, stone lions carved was executed and various representative elements of Chinese culture. There are several formal complaints under way by numerous irregularities were alleged in this government grant chino. May 6
Currently, most shops are open daily, except for some that are closed on Mondays. The main activities on weekends are made and feriados.

The place becomes a pilgrimage during the celebrations of Chinese New Year. The festivities are organized by the Association Barrio Chino Buenos Aires, the Friends of the Chinatown of Buenos Aires and Argentina Chinese Cultural Association, with support from the secretariat of Tourism of the Autonomous City of Buenos Aires and CGP No. 13.
Visitors enjoy the famous Dragon Dance and along the streets there are stalls where Chinese-Taiwanese community showcases aspects of their culture. There are also demonstrations of writing with pen, stands on Buddhism, Chinese Astrology, Feng Shui, stands institutes studying Chinese language and traditional cuisine of posts there. Symbolizing the cultural integration between Argentina and China there tango shows with musicians and dancers of both countries.

The City celebrates the Chinese New Year, which will take place during the days of Saturday 14 and Sunday 15 February from 15.30. in the Barrancas de Belgrano Square, in what will be one of the biggest events of the year. Free activity.
Buenos Aires Style is a program of the Secretariat for Human Rights and Cultural Pluralism through its Directorate General of Communities.
On Saturday 14 and Sunday 15 February will be held on Buenos Aires Celebrate Chinese New Year in Barrancas de Belgrano (Echeverria and Viceroy V??rtiz) where a doubleheader in which the neighbors, the Chinese community and the public who attend will live enjoy an evening full of surprises.
In the year of the Goat Wood, the 4713 according to the calendar of the Chinese community, the celebration of the Chinese New Year is an extraordinary show that will dazzle everyone with dances like The Dragon Dance, Chinese opera, tango show, dances , martial arts and traditional Chinese puppets, among many other surprises.
Also known as the “Spring Festival”, the new year is one of the most traditional celebrations of the Chinese community and this year you can taste the typical dishes of the Chinese community and see shows from different communities who were invited to the event as a message of integration that symbolizes the cultural diversity of the city of Buenos Aires.
On Saturday participating artists Peruvian community, Armenian, Spanish and Korean, among others, show his talent on the breathtaking scenery to be located in the square. In addition to traditional Chinese dances by various associations of the Chinese community.
Sunday will be the presentation of groups representing communities from Italy, Japan, Bolivia and Poland.
To close, a big show of fireworks that light up the night of the City was held.
Buenos Aires Celebrate Chinese New Year is another example of mosaic identities which the City of Buenos Aires is composed and recognition to this cultural diversity in our society. 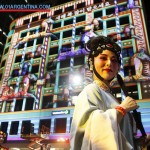 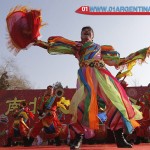 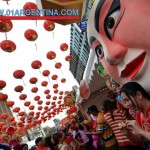 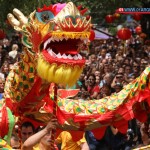 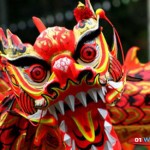