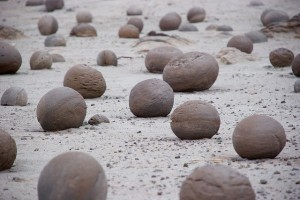 Ischigualasto Natural Park of 62,000 hectares, is located 330 km from the capital of the province of San Juan in the northeast , bordering the province of La Rioja . For its outstanding geological and paleontological value and to be a community with exceptional natural features of scientific interest , the site Ischigualasto – Talampaya has been declared by UNESCO NATURAL HERITAGE OF MANKIND on November 29, 2000 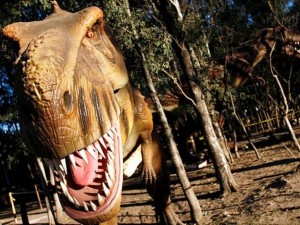 The geology divides the history of the Earth in great stages called Eras : Paleozoic , Mesozoic and Cenozoic . The Mesozoic Era , which starts 225-250000000 years was characterized by the expansion of the reptiles, which are large dinosaurs . At the end of this era , 70 million years ago there is a large species of these reptiles , leaving Earth’s hegemony to mammals. Ischigualasto represents the first of the periods into which this Mesozoic Era , called the Triassic period lasts about 45 to 50 million years.

It is the only place where you can be fully exposed and perfectly distinct throughout the Triassic period in a complete and orderly .

Ischigualasto is in the best and most complete representation of this point in the history of life on Earth , having found numerous remains of plants and animals that populated at the time. The finding of remains of one of the oldest dinosaurs known , the carnivore ‘ Eoraptor lunensis ‘ (ancient predator) give new answers about the origin and evolution of those small primitive relatives (carnivores and herbivores) of giants that inhabited the Earth during the Mesozoic era . Herein lies the true scientific value of Ischigualasto

Known by popular names , are the product of differential wear different kinds of rocks. The softer they are quickly eroded by water , wind, etc. . While hard , being resilient, longer retain their structure and acquires all these odd shapes . Some of them are : Cerro Morado, Worm , Valle Pintado, Bocce Court , the submarine , the Mushroom , Barrancas Coloradas .

The park offers a strange landscape , where the scarcity of vegetation and the widest range of colors of your floors , plus the fad in the forms of the mountains , make this a favorite place for tourists , both domestic and foreign . While it is a science , it can go as private vehicles guided tour with a guide of the park, which makes stations or stops and explains the site visited , this tour lasts 3 hours , and also offers tours in bicycles.